Is the Death of the Medical Profession Coming? 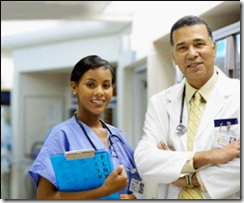 Reports estimate that 50-60% of doctors will be sued during the course of their career. However, only 10-20% of those cases actually go to trial. Of those that go to trial, doctors are found innocent of malpractice 80% of the time. This demonstrates the fact that although the perception exists that there may be a lot of bad doctors practicing bad medicine this is actually not the case.

Unfortunately, this perception has led to an explosion in the costs of practicing medicine. Over the last 5-10 years medical malpractice premiums have gone through the roof from primary care to neurosurgery. In Florida, for example, malpractice premiums for OB-GYNs have risen to as high as 250,000 per year. This staggering statistic highlights the unintended consequence of limiting access to medical care for women who live in those states. Florida is not alone, it is happening all over the country. Physicians have either moved out of state, retired early, or they have restricted the type of medicine they practice because they cannot afford the cost of doing business.